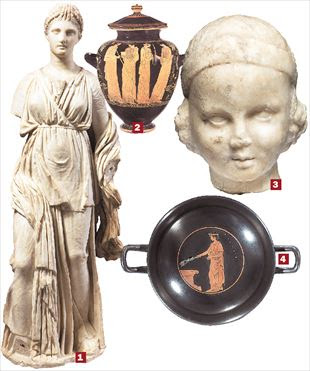 Posted by Νίκος Λαγκαδινός at 12:47 AM No comments:

Posted by Νίκος Λαγκαδινός at 12:46 AM No comments:

Posted by Νίκος Λαγκαδινός at 12:44 AM No comments:

Posted by Νίκος Λαγκαδινός at 7:29 PM No comments:

Posted by Νίκος Λαγκαδινός at 8:17 PM No comments:

Posted by Νίκος Λαγκαδινός at 8:14 PM No comments: 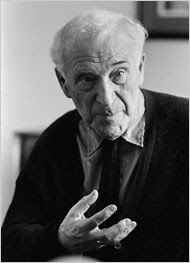 Ever wondered why so many figures in Marc Chagall’s paintings fly? At age 79, Chagall described how his mother buoyed him, back when he was Moshka Shagal, “her breasts so warmly nourishing and exalting me, and I feel I could swing from the moon.”

Jackie Wullschlager’s Chagall is a colossal mama’s boy. When sustenance from one source dried up, he quickly got it from another — first his mother; then his teacher, Yuri Pen; his friend Viktor Mekler; his girlfriend Thea Brachmann; the poets Apollinaire and Cendrars; his wife, Bella; his dealer Vollard; his daughter, Ida; his lover Virginia; his second wife, Vava. Every­one embraced him, nursed him, held him aloft. But — though the biographer doesn’t put it this way in “Chagall” — one mother rebuffed him, despite his lifelong attempt to please her: Mother Russia.

Wullschlager, the chief art critic for The Financial Times and a biographer of Hans Christian Andersen, doesn’t seem to like Chagall much. That’s O.K. In her engaging, almost painting-by-painting biography, she backs up her dislike (drawing on archival letters and memoirs). Chagall appears as a social climber and a prince of self-pity. He thrived in a bloody century that killed many friends. (Wullschlager’s many concise lists detailing other artists’ fates show how lucky he was.) But he saw himself as Christ on the cross.

And what of his art? Wullschlager says Chagall played on “every radical trend, every jarring dislocation” of the early 20th century, but he comes off as virtually untouched, particularly after 1914. Tellingly, he “possessed no works by any other painter” and, regardless of influence, carried his same bundle of narrative subjects — cows, chickens, rabbis, clocks, fish, flowers, steeples — wherever he went.

Chagall did acknowledge his debt to Vitebsk, his hometown in the Russian Jewish Pale. There the skyline was dotted with spires, everyone owned cows and chickens, and his father, an orthodox Jew, hauled herring for a living. Yes, all the images Chagall would turn into his private lending library came from Vitebsk. But first he had to “get out from that family,” as his daughter said, and out of the shtetl.

In high school he saw his nemesis, a boy who called him a schlemiel, copying a picture. Watching “that fathead” draw, Chagall remembered, “roused a hyena in me.” He enrolled at a traditional drawing school where the painter Lazar Lissitzky (later El Lissitzky) also studied. In 1907, tired of Pen’s realism, he went to St. Peters­burg, where he learned about experimental theater and Gauguin. But he soon returned to Vitebsk and made his first mature work, “The Dead Man,” a study of a corpse, painted from life. It was arranged like a “framed tableau,” Wullschlager says. He was already seeing Vitebsk as a stage set.

Still missing was Chagall’s famous color — or was it? He once said he detested Russian color. “Their color is like their shoes.” Color, he claimed, came into his life when he went to Paris in 1911. Wullschlager says it came with Thea Brachmann, a tomboy intellectual with “an extrovert’s body,” who modeled for him in 1909. Chagall responded with red, and added flowers and dominant women to his stock of images.

But Thea “outlived her usefulness,” Wullschlager writes, after she introduced Chagall to Bella Rosenfeld, an aspiring actress who studied with Stanislavsky. Chagall painted a monumental portrait of her, “My Fiancée in Black Gloves.”

One of the book’s two highlights is the art revolution Chagall lived through in Paris. In 1911, Cubism was new, and an impoverished Chagall (who’d buy “a herring from the market, eating the head one day and keeping the tail for the next”) gorged on second-tier Cubist paintings by Albert Gleizes, Henri Le Fauconnier and Jean Metzinger. Soon he saw Vitebsk through his idiosyncratic, quasi-Cubist lens: “the town seems to snap apart, like the strings of a violin, and all the inhabitants . . . begin to walk above the earth.”

Chagall’s fractured fairy tales caught the attention of the poet Blaise Cendrars, who loved Chagall’s “logic of the illogical” and introduced him to his friends Robert and Sonia Delaunay, Fernand Léger and Guillaume Apollinaire. Chagall’s lively description of his meeting with Apollinaire suggests, by the way, that he missed his calling as a writer: “Wine rang in his glass, meat clattered between his teeth. And all the while he was greeting people right and left . . . Oh! Oh! Oh! Ah! Ah! Ah!”

In 1914, Chagall returned to Vitebsk, where, Wullschlager writes, under Bella’s eye his “dislocated perspectives were straightened out.” Beggars off the street modeled for him, becoming red and green rabbis. His mother died. He married Bella, who became his critic, agent, translator and social ambassador. Their daughter, Ida, was born, and he refused to see her for days because she wasn’t a boy. World War I began. In Petrograd (formerly St. Petersburg), Chagall sat it out, whining about the desk job that probably saved him. His deepest wounds, it turns out, were dealt by Russian artists. That story is the book’s other high point.

Chagall was euphoric in 1918, after the Russian Revolution. His painting “Promenade,” where “Bella spins in the air on Chagall’s arm like a flag,” suggests the feeling. Jews were finally Russian citizens, and avant-garde art was triumphant. The trouble began in 1920, when Chagall, now the head of the People’s Art College in Vitebsk, hired his pal Lissitzky, who, Wullschlager says, had just “come under the spell of Malevich,” the Suprematist painter, and was creating aggressive geometric works like “Beat the Whites With a Red Wedge.” Lissitzky hired Malevich, and together they turned the students against Chagall. Defeated, Chagall painted his school blotted out by semicircles and triangles. The next year, Vitebsk’s synagogues were closed and its Torah scrolls destroyed. The Bolsheviks’ persecution of the Jews had begun.

Chagall’s life in exile — which started in 1922, after he designed the murals for Moscow’s Jewish Theater — is, like his art, full of movement but strangely static. Chagall lived in France, then in New York. He painted more and more crucifixions. And Bella became not just his main subject but all of Russia for him.

Oh, how he missed Russia! In 1937, he wrote a nostalgic letter to his old teacher, Pen, living quietly under the radar of the Soviet regime. It “almost certainly” got Pen killed by the secret police, Wullschlager says. Chagall’s blindness to Soviet horrors verges on the pathological. In 1945, shortly after Bella died, he grieved again over his loss of Russia and composed a letter to Stalin, hoping for an invitation to Moscow.

He briefly cheered up when he settled in with his housekeeper, Virginia Haggard McNeil. They had a son, David, and in the 1950s moved into a villa in Provence, between Picasso and Matisse. Once, when Picasso taunted him about abandoning Russia, Chagall parried that “as a member of the Communist Party,” Picasso “should go first,” adding, “I hear you are greatly beloved in Russia, but not your painting.” Picasso answered: “With you I suppose it’s a question of business. There’s no money to be made there.”

Great stuff. But the biography’s end doesn’t have many such moments. After the exit of Virginia in 1952 and the entrance of her Russian-Jewish replacement, Vava, who became Chagall’s wife and bulldog, it’s a blur of commissions, exhibitions, murals and stained-glass windows until he died in 1985. Indeed, Chagall’s description of his beloved Russia — “a paper balloon suspended by a parachute” — could fit his own inflated stardom unto death.

Posted by Νίκος Λαγκαδινός at 3:42 AM No comments:

Posted by Νίκος Λαγκαδινός at 9:06 PM No comments:

Posted by Νίκος Λαγκαδινός at 9:01 PM No comments: